Some years ago I came across a rather curious theory, suggesting that caterpillars and butterflies (or moths) are somehow two different animals in one. You can read about the theory here:

https://www.npr.org/sections/krulwich/2012/08/01/157718428/are-butterflies-two-different-animals-in-one-the-death-and-resurrection-theory and while there’s no conclusive proof that this is so, I find it oddly an oddly compelling way of dealing with the frankly rather amazing life cycle of such creatures. One day perhaps there will be a definitive answer to this question but for the time being, it’s almost a philosophical issue.

I’ve been thinking a lot about death lately; largely, my own, but the general idea of death has been there, at my elbow. We lost a much-loved cat shortly before Christmas; my own dark moods have been exceedingly dark lately. I had a major meltdown a few days ago and while I managed to stave off the slide into complete shutdown (or worse) I’m still feeling quite rocked by it. All it took was a few (I believe) well-chosen words from someone who by rights should have had no power over me and I was a mess. It made me realise that as well as all the rest, I may be affected by complex PTSD. With the paltry provision made locally for mental health problems, there’s nowhere I can turn for help (at least any appropriate help that would not make things worse) I have done what I always do and shoved it all away to deal with later. But it’s brought another layer in the process of withdrawal from society that’s been going on for me. It’s eroded a carefully constructed sense that communities that use the label Christian are safe for me; clearly, they are not.

The withdrawal pervades my whole life; I am finding normal interactions much harder. My brain seems to be turning to mush and I struggle to remember words. Pain makes cognitive tasks fuzzy and it makes me short tempered and unforgiving of my own short comings. Some of this is my physical condition (which I believe is better classified as Ehlers-Danlos hypermobile type), some is my complex mental health issues and some is down to menopause.

Menopause is shit, frankly. There’s so little understanding from others, especially younger people, and those whose experience of it has been that it has barely affected them quite often become strangely smug about that. They’ll often ascribe their lucky escape to all sorts of things: a positive mental attitude, being vegan, doing yoga, taking certain supplements, all sorts of things. Some have no real understanding that symptoms like, for instance, hot flushes, can have a devastating impact on a woman’s life. They’ll make jokes about saving for a fortune on heating bills. I wish it were that simple but it’s not. At their worst my hot flushes were coming 20 times per hour. As I have said before I would have walked into a river with rocks in my pockets if there were rocks or river available. Even now, 3.5 years after my last period, the hot flushes are still with me, sometimes a couple of times per hour. You cannot sleep when your body is doing that to you. Our GP surgery is utterly useless; there are three male doctors only, none of whom I now trust to be competent or approachable. I have a panic attack if I even think about trying to make an appointment.

Which brings me back to caterpillars. The other day, talking with a couple of friends at the same stage in their lives as me, we were talking about how nice it would be to simply hibernate until this whole horrible menopause thing was done with. That was what brought me to caterpillars. When a caterpillar spins its chrysalis, in essence, it dies. Within the hardened silk walls, the caterpillar dissolves into a kind of DNA soup. It ceases to be. Yet from that soup, somehow something else is built that is so different from the earth-bound caterpillar.

It’s not a certain process. My brother has reared tens of thousands of butterflies and moths over the years. His greenhouse is filled with beautiful, colourful wings beating gently in the humid, scented air, and in hidden corners rows of cocoons hang like tiny shrouds. Some are even pure gold in colour. Most hatch. But some do not. Some never emerge from the soup, some get stuck while hatching and die only half formed. And some just sort of vanish, dry out and cease to be, leaving a fragile shell that shatters at the slightest knock.

No one knows quite how a caterpillar can die and be reborn as a butterfly; it’s one of those mysteries that science has not yet figured all the secrets out. No one seems to care much about the women who become caterpillar soup in a process of metamorphosis; we become invisible, inaudible, economically inactive at times, hidden behind cocoons of carry-on-as-normal, when actually what we really need is quiet, and calm and love and support and understanding so that the mess that is our psyche at this time, dissolved into a soup that is the sum of all our parts, can begin to reform and we can become reborn as… well, as elders, perhaps. I do not know.

In some ways, the process echoes that of alchemy: putrefactio, dissolutio etc, a breaking down, a rotting, a dissolving of the essence of self to purify the soul. Over and over again until the final essence has been distilled into the philosopher’s stone (which isn’t actually a stone!).

I wish it would all stop and let me rest or fly away. 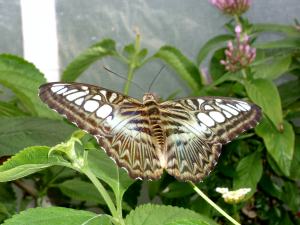