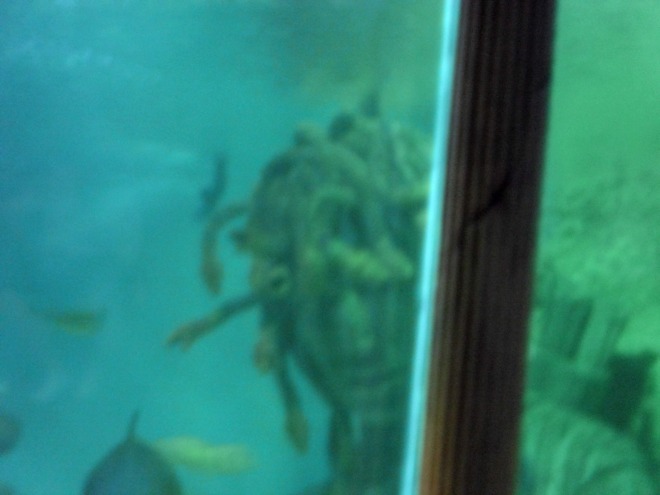 The haves with their gilded lives,

Who turn the wheel

And gaze to windward,

A fortnight dead in the world’s eyes

Exist side by side

He was once as handsome

And tall as you.

(in homage to The Wasteland, by TS Eliot)

Like any big city, Paris has its fair share of beggars and con artists. I find it obscene that any city in the prosperous West can allow such extreme poverty as I have seen. Paris is no worse than any but I shall never forget walking along the glittering Champs Elysee a few years ago, passing Louis Vuitton at the same time as a barefoot beggar, walking along oblivious of both the glamorous surroundings and his own rags. His feet were splashed with filth and his hair could have hidden a nest of rats. Shaming for any civilisation but the setting couldn’t have been more contrasting.

Paris swarms with beggars, most of them illegal immigrants desperate to stay alive and out of the courts. Some of the souvenir sellers are potentially violent and aggressive and the police do little to move them on. The trick is never to make eye contact and never engage in conversation or you will be pestered half to death.

A common scam is someone who comes up to you and asks if you speak English. If you agree you do, a letter and a photo of some wide-eyed children is put into your hand. The letter is a sob-story about escaping from Bosnia and leaving children behind. The beggar is almost always a young woman, sometimes pregnant or with a baby in arms. Walk away. It broke my heart. While you are talking, someone else may well be lifting your wallet.

A clever scam that I’d heard of took place here, just outside the Louvre: 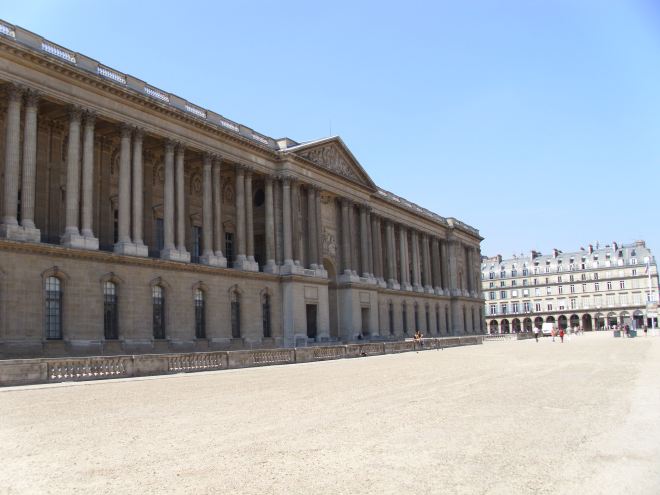 You can just see the scam artist sitting on the wall waiting for a victim. She made a mistake trying me. The scam goes like this; a heavy gold men’s wedding ring is dropped in your path and as you approach, someone(in this case a woman) comes forward at a split second moment and picks it up and asks if it is yours. The idea is then someone rewards them for their “honesty” (haha) and gives them a substantial sum just to gain possession of what they think is a valuable gold ring. It isn’t; it’s made of brass and is worthless. The principle is that you can’t cheat an honest man. I said, “Not mine,” and walked on. Had I been alone, I might have suggested we take it to the Palais de Justice, not far away and hand it in. I’d probably have had abuse hurled at me if I were lucky…

Another scam for the unwary is the souvenir seller who ties on a friendship bracelet and then demands money. It’s usually tied so tightly it’s impossible to remove easily. Yet another is trying to kiss the hand of a lady, under pretext of gallantry and while doing so, removing her rings. This happened to my boss, but her rings were too tight to slide off. I never wear anything of any real monetary value when I travel, for this reason. Costume jewellery is easily replaced and has the added bonus of pissing off the thieves later!

The beggars who stand on the bridges and just simply hold out a hand are hard to avoid, and upsetting because these are usually the old and frail. I’d give money but it’s almost certainly never theirs to keep. There are gangs who “run” beggars and who take all but a tiny pittance of their earnings.

I seldom see such barefaced begging in London, because the police and the soical services make a big effort to deal with it, but I have seen rough sleepers in the mornings.

Poverty in the west is often linked to crime, organised crime at that. It saddens me that it happens but what can I do?